Alaska has moved forward with a $400,000 state-funded program to outfit 20 bars across the state with free pregnancy testing. The initiative is designed to combat fetal alcohol syndrome where Alaska ranks highest among the 50 states. While this is an admiral effort of sorts, it is sadly not accompanied by the installation or even moral support of any birth control possibilities like condom machines in the same facilities, including ones that are not free. 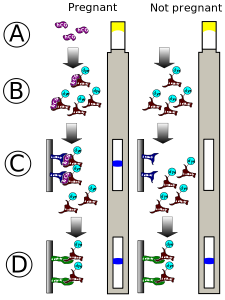 Alaska state Sen. Pete Kelly (R) was quoted saying, “Birth control is for people who don’t necessarily want to act responsibly.” He added upon reproach that contraception could also be viewed as responsible, “That’s a level of social engineering that we don’t want to get into.”

Social engineering – could become a catchy term though… Sure does sound better than birth control and contraception, don’t you think?

MTV’s 16 and Pregnant is beginning its fifth season on April 14th. Even more than the season opening trailer, we think this clip shows how poignant the show details incidents along the way:

With the release of the final 2012 birth data at the end of 2013, the trend in lower fertility in the US was again well-documented. But the overall decrease was fully lead by the age group 15-29. All age categories 30+ were up in birth rates. So the message is that women are waiting longer – seemingly planning their pregnancies. Teens pregnancy rates remain high, but plummeting, as do the rates for young women aged 20-24.

All this sounds like great news though this positive trend is generating stories like Americans are having dogs instead of babies. We don’t get it. Either folks complain about teen pregnancy or now that the fertility rate has dropped – which is statistically of course the short-term result when one category within the overall numbers deviates, even if that deviation signifies a positive social trend in society.

But another thought occurs.

MTV describes their show as
“an hour-long documentary series focusing on the controversial subject of teen pregnancy. Each episode follows a 5-7 month period in the life of a teenager as she navigates the bumpy terrain of adolescence, growing pains, rebellion, and coming of age; all while dealing with being pregnant. Each story offers a unique look into the wide variety of challenges pregnant teens face: marriage, adoption, religion, gossip, finances, rumors among the community, graduating high school, getting (or losing) a job. Faced with incredibly adult decisions, these girls are forced to sacrifice their teenage years and their high school experiences.”

And anyone who has watched will agree, there are no hidden punch lines. It is, what it is – real reality TV.

Can the impact on teen pregnancy rates stem also from this show?

According to Guttmacher’s “Incidence and Outcomes of Unintended Pregnancy,” “half of all pregnancies in the United States each year are unintended.” 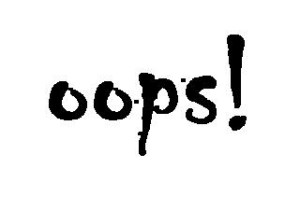 How primitive. Is this the best America can do?

As seen in headlines for well over a generation now, this secular society is perfectly willing to discuss and dramatize in exhaustive detail the options after an unwanted pregnancy exists. Why are we then so reluctant to fill those same headlines with the term CONTRACEPTION?

What do you think? Where do you stand?

Did you know that half of all pregnancies were unintended?
Does it surprise you?