In a new survey by the Univision organization covering 12,038 self-identified Catholics, 78% of all responders supported the use of contraceptives. Topping the list was Latin America at 91% favorable, Europe with 86% in favor and the US at 79% yes. The Philippines with 68% not in favor were the most strongly opposed and Africa posted 54% against contraception. 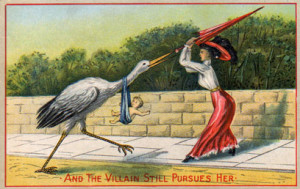 These results are consistent with the Gallop poll conducted in 2012 and prove again that vast the majority Catholics are in disagreement with key policies of their own Church.

The perhaps most surprising results from the poll were regarding abortion, where overall 9% responded in favor in all cases and 57% feel it should be allowed in some cases.. In the US, only 20% of participants feel abortion should not be allowed at all.

The survey was conducted in 9 languages, across 5 continents and in 12 countries with self-identified Catholics. These 12 countries represent 61% of the world’s Catholic population.

What do you think?